The Pub Saving Award recognises people that have come together to save a pub that would have otherwise been demolished or converted to another use. It aims to secure publicity for pub-saving campaigns to encourage others to save their local. 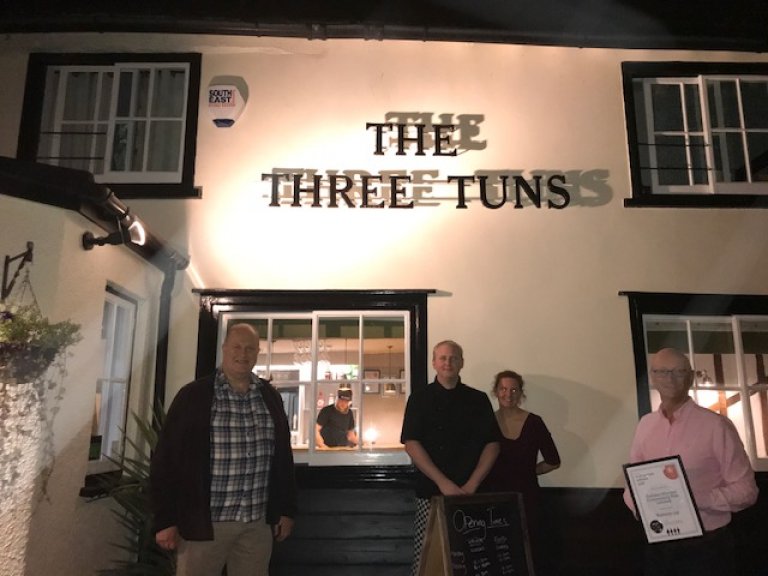 The Three Tuns Community Group of Guilden Morden narrowly missed out on taking first place for the 2019 Award but took the well deserved runner up spot.

The Three Tuns, a 17th century, grade 11 listed pub in the Cambridgeshire village of Guilden Morden, was sold by Greene King in 2013. The new owner made clear she had no intention of running it as a pub – she wanted to convert the building to residential and to build houses in the large garden.
Local people successfully applied to have the building listed as an Asset of Community Value, following which the Save the Three Tuns group was formally constituted. They first organised opposition to the owner’s change of use planning application and this was duly rejected both by the Council and on appeal. Thwarted in her plans, the owner put the property up for sale in 2017. A community purchase scheme was set up and raised £250k in share capital with over 280 mostly local people buying shares. £100k was raised in grants and loans awarded under the More Than a Pub programme. Purchase was completed in November 2018, after which the property was extensively renovated (mostly by volunteers), re-opening in June 2019.

It goes without saying that 2020 has been a pretty difficult year for most, and pubs are no exception. However there have been many commendable deeds done by all kinds go people and organisations in this difficult time that deserve praise, and pubs also have done their bit, whether providing a food service in lockdown (some offering free deliveries to those most in need) to getting back on their feet at some risk with a good range of beer as soon as lock down begun to ease. The branch membership was canvassed for Lockdown Hero nominations, and the following deserving pubs where presented with the award. On behalf of pub goers, real ale and cider enthusiasts and members of the community, we thank you for being lockdown heroes! Cheers and thank you!

The following awards were presented in March at the St Neots 'Booze on the Ouse' Beer and Cider Festival at the Priory Centre. Congratulations to all nominees and winners.

Urban Pub of the Year

Rural Pub of the Year

Cider Pub of the Year

Community Pub of the Year

Club of the Year

Once again, congratulations to all the winners of the Pub of the Year awards. Below is the group photograph of all of the award winners presented at the St Neots Booze on the Ouse Beer & Cider Festival 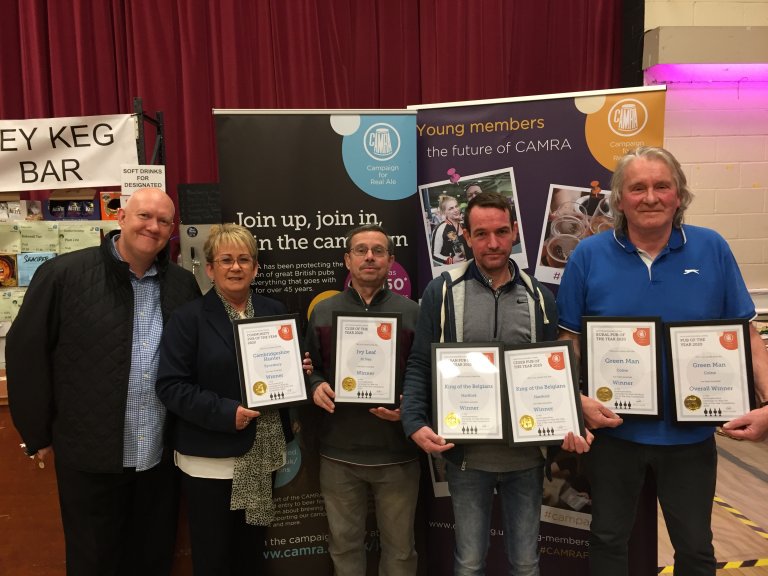 Back to most recent Pub Awards